Music - Good for the Soul

Imagine a suspense movie without the music that draws you in to build the tension. Imagine a TV commercial without that catchy tune that you just can't get out of your head. Imagine an AFL or NRL Grand Final without the half time entertainment, or even the National Anthem!! Music plays such a big part in our lives that it's hard to imagine life without it. Like you, Marie Wilson shares this love of music, but not just as a professional singer songwriter. Marie loves music because of the difference it makes in her life.

"Music changed my life. Before I became a songwriter, I really struggled expressing how I was feeling so I kept it deep inside." says Marie, a self proclaimed music lover. "But inevitably, those feelings rose to the top and had to come out. Often that was in the form of anger, either in the sports arena or just a bad temper. I was young and like any young person I needed an outlet. Music became my outlet."

Raised in a single parent family and with 3 older brothers, there was much going on in the Wilson household. "Things were always busy in our house. Like most families, we all played sport and mum would have to multi task like there was no tomorrow! But we all got on with living life and doing the best we can."

"I had lots of time to spend by myself and that's when I started discovering that I had a real passion for music."

"Being raised with 3 older brothers meant I didn't get much choice in those early years as to what I listened to. But fortunately, I was exposed to classic music like The Eagles, Fleetwood Mac, Yes, Super Tramp and ABBA (okay, that was my choice)."

As the years went on Marie developed her own taste in music, learnt how to play the piano and feel in love with artists like Billy Joel and Elton John. Later, after seeing her eldest brother play 'Blackbird' on the acoustic guitar she was inspired to learn the guitar.

"Listening to music was always an opportunity for me to lose myself and forget about anything that was bothering me or on my mind. In hindsight, it was like meditation, although at the time I thought that meditation was only for hippies. Actually, I had no idea what meditation was!"

"As I grew up, this need to express myself became apparent and one day I just started to write a song. It just happened. The funny thing was that as I was writing it, I assumed it must have been someone else's song that I was singing. It never occurred to me that I could actually be a songwriter. But after sometime of trying to work out if it was someone else's song, I became comfortable and proud of the fact that it was really my song. I felt as though a weight had been lifted off my shoulders, because the song was a very personal story of what was going on in my life at the time and I had let it go to the universe. I never had any intention of every performing the song to anyone. It was just for me and I loved it. I would hide myself in my room and just sing it...... to myself. And it felt awesome!"

Marie says she became a better person because of songwriting and she encourages anyone thinking about it to have a go."

"There's really nothing to lose. It's just a matter of putting pen to paper and trying to allow the space to write about how you are feeling."

"The cool part is that no one ever needs to hear the song if you don't want them to. It's not healthy to keep things bottled up inside. I know, because I did it for many years and still sometimes do. But these days, I release any tension or anger in the form of music. It's the best therapy, it's free and it's good for the soul."

Thanks for taking the time to read this. To find out more about Marie or to listen to her music, visit her website at https://www.mariewilson.com/ 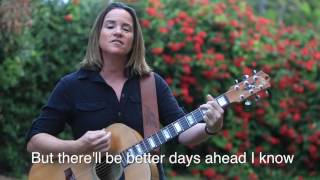 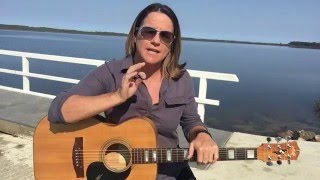 Song4MS | The Song So Far 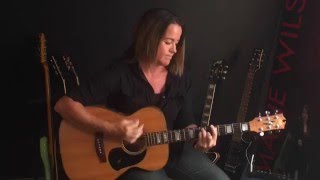 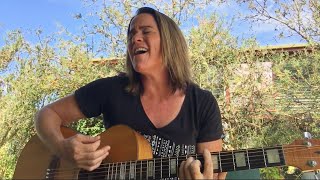 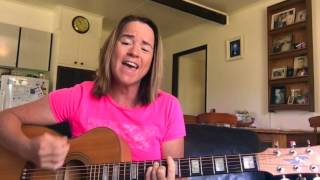 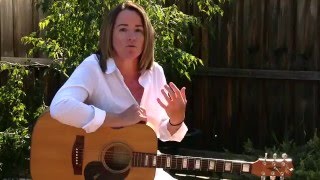 Music - Good for the Soul

Song4MS | The Song So Far